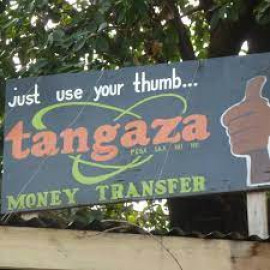 The Central Bank of Kenya (CBK) has revoked the authorization granted to Mobile Pay Limited (MPL) trading as Tangaza.

The banking sector regulator says the action culminates from a long engagement with the payment services provider during which Tangaza was in persistent violations of national payment system laws and regulations.

The company has for instance failed to discharge its statutory obligations including the submission of audited annual financial accounts and quarterly reports for CBK’s oversight in spite of being goven adequate time to iron out the violations.

“CBK therefore notes that the conduct of MPL and its Trustees could erode public trust and the revocation of MPL’s authorization will protect the interests of its customers and maintain confidence in the National Payment System,” CBK said in a statement on Tuesday.

Subsequently, the regulator has taken over control of MPL’s business to safeguard and facilitate distribution of money in the Trust Fund.

“CBK will undertake a reconciliation of MPL customers’ balances against the Trust Fund accounts, and then commence reimbursing the customers,” CBK added.

The reconciliation process is expected to be completed within two weeks with MPL Trustees will be held personally liable for any shortfall in the Trust Fund.

Tangaza Money is the smallest of four mobile payment service providers (PSPs) in the country and has a market share of less than 0.01 per cent of total mobile money suscribers.

The company begun operations in 2011.