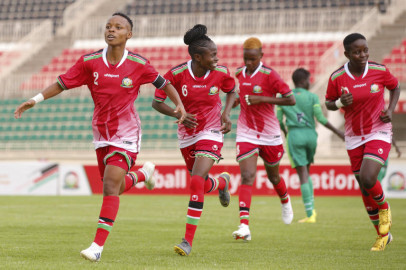 According to Robin Toskin, a member of the committee’s secretariat, they have narrowed down to five candidates including the current boss Charles Okere, who has been at the helm of Starlets since April last year.

Okere was appointed to lead Starlets in April last year by the Nick Mwendwa-led regime, after long-serving David Ouma left on what was termed as mutual consent.

The next Starlets’ boss will come in with plate full and expectations on shoulders with the qualifiers for the 2022 Africa Women's Cup Of Nations (AWCON) knocking on the door next month.

The committee, which was formed to run football in November last year after Sports CS Amina Mohammed dissolved the FKF , is also expected to conduct similar process to find new Harambee Stars boss.