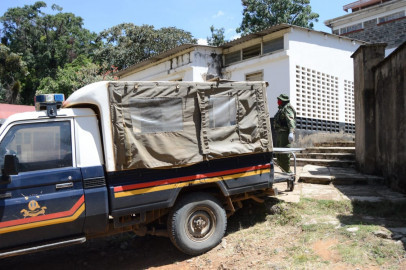 A Catholic priest was on Sunday found dead in a lodging at Kilala shopping center in Kaiti, Makueni County after allegedly taking poison.

Father Stephen Kyalo who serves in the Kako area is said to have booked the room at around 8 a.m. on Sunday and ordered beer worth Ksh.1600.

The priest reportedly remained in his room throughout the day without asking for food, making the room attendants sense that something was amiss.

At around 8 p.m. they are said to have knocked on his door to no response, after which they enlisted the services of the police who broke into the room and found his lifeless body having  taken poison.

The body was taken to Makueni Hospital morgue as police investigate the matter.

The reason behind the suicide remains unclear.