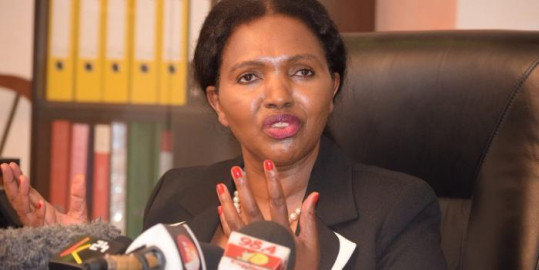 Keroche Breweries CEO Tabitha Karanja says that her run for the Senatorial seat in the 2022 General Election is aimed at changing policies she terms as punitive to local investors.

The multi-billion-shilling alcohol company boss laments that legislators have for long passed laws which only people in the business sector can understand, making her compete for a spot in the Senate.

“I have seen impunity in the form of taxation introduced in Parliament; and MPs pass those laws yet they do not understand a thing about them and how they will affect the people and businesses. They are just conveyor belts,” Karanja told Sunday Nation.

“I have to be there now to champion these laws to protect these businesses and wealth creation. You can only do that in the Senate… I want to be there to monitor, on behalf of the people, what the governors are doing,” she added.

The Iron Lady of Beer, as Forbes Africa famously baptised her in 2014, further asserted that she is not interested in the dirty politics characteristic of Kenyan leaders, saying her campaigns will be sober and run corporately.

“My brand of politics will be about what I’m offering, and for that you do not need to shout. If you are going to work, focus on it. You will not see me where others are shouting,” Karanja stated.

“My campaign will be run corporately. I know somebody will ask if that can happen here in Kenya. Yes, it can, and I will be the first one to do it.”

She, however, refused to align herself with neither Deputy President William Ruto’s UDA nor Raila Odinga’s ODM, saying her priority at the moment is on centering her policies around Nakuru residents.

“I will listen to what the people have to say about the political platform I should run on… for now, I am selling my policies and that decision will come at the right time.” stated Karanja.

The business magnate will be seeking to succeed the incumbent Susan Kihika, who has declared interest in the Gubernatorial seat.

The highly-contested Senatorial seat has so far attracted over eight candidates, who are all male except Karanja.