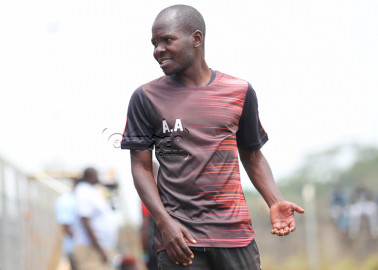 The unveiling comes after successful interviews that were held last week where five candidates battled for the job.

Alumira has at the same time chosen Ann Aluoch, the head coach of Mathare United Women FC and Benter Achieng as his assistants.

The team goes into camp tomorrow for their crucial AWCON 2022 qualifier against Uganda in February.

In a statement after he was unveiled Alumirah said he will liaise with stakeholders to improve the sport.

‘’I have a responsibility to develop a philosophy for the women's national football team and I will liaise with coaches to ensure that there is an elaborate plan for women's football, a plan for posterity," said the soft-spoken tactician.

Alumira now says his first assignment is to make sure that he gets the Startles to AWCON.

‘’I look forward to guiding this team to the best of my ability, and with the full support of the FKF Caretaker Committee we shall guide this team to AWCON qualification,’’ Alumira said.

Justice (Rtd) Aaron Ringera, Chairman of the FKF Caretaker Committee said the recruitment process was transparent and competitive adding that the new tactician is up to the task.

FKF Caretaker committee said they will use the same procedures to hire coaches of national teams including Harambee Stars.