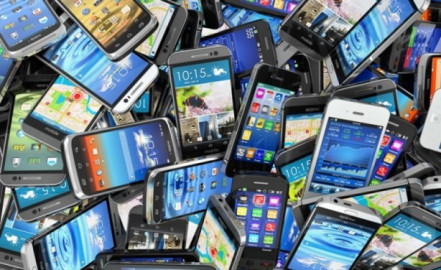 The Communications Authority of Kenya (CA) has vowed to switch off stolen and counterfeit mobile phones.

In a statement, the Authority said it would develop a database for all mobile devices in the country, separating the legal from illegal devices, with the latter being denied service by mobile network operators (MNOs).

“The system will enable the registration of mobile devices, verification of IMEIs, identification of counterfeit, stolen or lost devices and illegal devices,” read a statement by the CA on Tuesday.

“The system shall function by analyzing data dumps received from MNOs and generate a blacklist, a white list and a grey list.”

According to CA, the move seeks to wipe out fake and illegal phones that have found their way into the market.

CA went further to state that mobile operators would deny services to subscribers using mobile phones whose IMEI numbers have been blacklisted by the regulator as they are counterfeit or have been acquired through dubious means such as theft.

International Mobile Equipment Identity (IMEI) is a unique number to a mobile phone and is used in their identification.

In order to combat Counterfeit, Stolen and Illegal ICT Devices in Kenya, importers would be required to submit the IMEI number of gadgets that they will be bringing into the market in the future so as to lock out any illegal mobile handsets and other ICT devices from entering the Kenyan market.

“The authority shall establish a system to help combat the proliferation of counterfeit and illegal ICT devices as well as curb theft of ICT devices,” reads the guidelines, which CA published on Tuesday and invited Kenyans to submit views.

The Authority further noted that the mobile operators will be required to deny services to subscribers with counterfeit and illegal devices but notify them first.

Similarly, CA stated that mobile operators will be required to put in place systems in their networks that will enable them to integrate with the CA’s management system which would be integrated with the global IMEI database.

CA consequently noted that it would be required to deny services to subscribers who use the counterfeit and illegal devices but would issue a notice prior to taking the action.

“The MNOs shall reference the System and deny access to their communication networks any IMEI that is blacklisted under the direction of the Authority upon notification of the consumer,” CA stated.