SWILA DIARY: While in Morocco, don’t fly, swim to Europe instead! 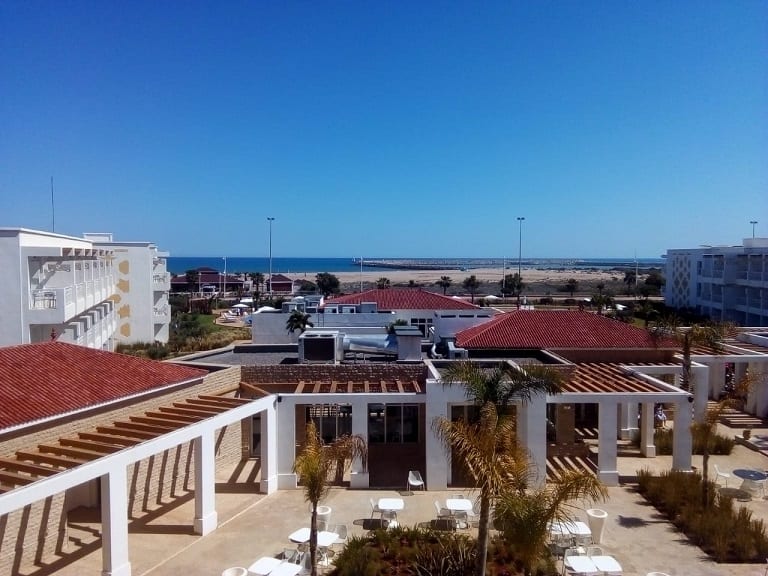 On Friday, I put down the thrill and spills of my business travel to Morocco and here are more takeaways after I finally settled in the northeastern city of Berkane:

Morocco, a land of extreme beauty!

Morocco is a land of vast potential and extreme beauty. From the beautiful beaches to its north, kissing the Mediterranean Sea waters to its desert, there is plenty to read and learn. Also, it boasts of an extensive infrastructure; widely connected by road, rail and air.

The service industry is equally top notch with five-star hotels dotting every corner of the vast land.

From the short time I’ve been here, I’ve come to appreciate why they tabled a bid to host the 2026 World Cup finals, losing out to a joint bid by the Americas. Indeed this is a fast rising nation, keen to punch equal to its weight.

Other than fly, here you can swim to Europe!

Yes, in Morocco, rather than book a flight, you can actually swim to Europe! At its narrowest point, the Strait of Gibraltar is just 14.5 kilometres from Spain. Here the African and European continents are so close that it’s actually possible to swim from one to another. This point has not become only popular but also a major tourist point.Hopefully I’ll swim to Europe before I return.

Also, Morocco, like most European nations bar the UK keep right. But as someone deeply accustomed to driving on the left back at home in Kenya, I keep pinching myself whenever a driver makes the turns here.

But again the old adage, “Do as the Romans do” has kept me in check, not to mean I’ve tried myself on the wheels here.

Pizza, a prized delicacy at the dinner table

For the second successive time at the dinner table I’ve missed out on pizza! But why?Well, at my aboard, Melisa Saidia Beach Resort, cooks have been hard at work at both lunch and dinner hours but I’ve realised the queue at the pizza serving point is the longest. Why? Because to Moroccans, pizza is a cherished delicacy among kids and adults alike.

Yesterday while on the queue to get a share, my courtesy let me have the kid ahead of me have three pieces and before I knew it, the one piece left was grabbed by another man! Since patience is not my second name, I all but gave up only to try my luck today and fall short again. At any given time the queue never ends and so I’ve decided to let it be.

For French and Arabic fans, Morocco is the place to be

Ever since I came here, I’ve had an easy and good time except my laptop running short of power and not being in a position to recharge it as the charging pots in this part of the world is made of two holes, not three as we are used to back home. In this regard I’ve a task of moving around the supermarkets in hunt of an adapter tomorrow before Sunday’s game between Berkane and Gor Mahia (if at all they make it here).

Secondly, with everything falling into place, the only major flaw is language barrier.Here, French and Arabic rule so my English and German hasn’t been of much help. In many cases I’ve been forced to summon my rather wanting sign language skills.