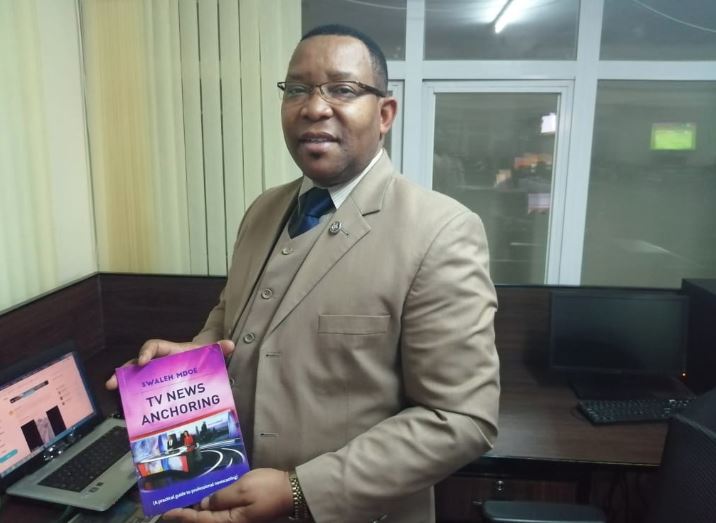 I’m going to tell you a little story about my life, for starters. But don’t close this tab just yet, I promise, I’m going somewhere with it.

Growing up, I only ever wanted to be two things. The first was a musician; and that was solely based on Nameless and E-Sir’s excellent delivery in ‘Boomba Train.’ Those two cats embodied everything I saw a grown me becoming: fame, wealth (stop rolling your eyes, I was a child, I thought musicians had money), attention from girls, random people stopping you in the streets for a hug, people buying you tones of free things et cetera. And so for a while there I even started wearing baggy trousers like E-Sir and oversize vests compounded with dark glasses like Nameless. I was on fire. I was ungovernable. But then, no matter how much I practiced in the shower, no matter how much honey I took, I soon came to realize that I was born with the voice of a dying frog. If Octopizzo and Vera Sidika had a child…that child would have sounded like me.

So I made peace with the fact that I wasn’t a natural musician and threw that dream out the window. And that made way for the second dream.

I don’t remember how old I was, but I remember that – by then – we were living in some tiny two-bedroom house at the teachers’ quarters of a boys’ school in a little-known town in Siaya County named Rang’ala. My dad had just bought this magic box that we only later came to realize was called a television (or T.V). I remember because we had dinner late that day. And late because, soon as the clock struck 7pm, my dad turned on that magic box and a figure appeared on it and started talking and all of us – save for my father – wondered how a whole human being would fit into that small thing. So we asked the old man but he told us to “Ssshhh” because he was “watching news.” And so we kept silent as the man in the magic box kept talking.

I don’t remember much about what he said, but I remember how he said it. He was sharp, calm, composed, fluent, smart-looking, and – even though I didn’t understand what he was saying – he was witty as hell. And then just before he got off the magic box to pave way for some other people (because there’s space for everyone in a magic box), he said: “Mie ni wenu, Swaleh Mdoe.”

That, right there, was the day I set my sights on a second career path: Journalism. I said to hell with Nameless, because now I wanted to become Swaleh Mdoe.

This year, that man – Swaleh – is headed into his third decade in media. He has been on our screens for longer than Moi was president. And he still continues to do it, every day, with the grandiosity and poise only he could master. So I would like to think one day he stood across a mirror and the figure on the other side; “You have been doing this for way too long, you have garnered too much knowledge and information in the process, why don’t you impart some of that knowledge to the kids who want to be like you some day? Like that kid who saw you on TV for the first time and thought it was a magic box.” And he said, “Magic box?” They laughed. Then the figure said, “Yes, long story, he was young and dumb, but that’s beside the point. The point is, document that knowledge, don’t take it to your grave, do it for the aspiring journalists.”

So he thought long and hard about it until one day he decided to compile all the knowledge he has gathered throughout his 28-year career and put it in a book…at least for the magic box kid.

‘TV News Anchoring: A practical guide to professional news casting’ is the veteran journalist’s first English book. He has previously authored at least five other books, all in Swahili. But this one was different because, unlike the first five books, in this one he isn’t just telling stories with his usual flair. Okay, he is. But he is also trying to mould the reader into becoming as good a story teller as he has been on screen.

Swaleh, in the book, dishes out witty bits of advice and elaborates the practical qualities a TV reporter or news anchor must have. He gives out the kind of practical advice that an aspiring journalist cannot get from any journalism school; only from someone who has been on the field numerous times. He churns out beautiful anecdotes and paragraphs like this one here:

“Presenting news is not public speaking. It’s conventional. Read the news as if you are talking to a friend. You should connect with your audience. Treat the viewers at home as your friends because they invite you in their homes to watch you read news every day.”

“Don’t scare your viewers. Why would you start a story with, “This story is very sad and bizarre”? We don’t want to know about the labour pains, we just want to see the baby.”

When the book was released, I would like to think I was among the first people to read the copy. I dug into it for three days straight during traffic snarl-ups and took both mental and physical notes. See, most people ask me how, after pursuing a degree in I.T in campus I ended up in the media. My answer is always simple; I did I.T for my father, now I want to do journalism for me. But by the time I was done with that book, I was more than convinced that I don’t even need that journalism school after all… Okay, I’m lying, I still do, but what I’m saying is that the book opened my eyes wider than any journalism classroom would have. So much so that even if I enroll into one tomorrow, I will go into that class with about as much knowledge as the lecturer. Or more.

‘TV News Anchoring’ is a book written in the simplest possible format and an easy-to-read style. It gives step by step guidelines on the role of every single person in a functioning newsroom; from the reporters to the Editors, all the way up the chain to the Managing Editors and Editorial Directors.

It illustrates, in a witty manner, the Do’s and Don’t’s of modern day journalism; with a clear distinction across the various platforms namely print, broadcast and digital.

It is an 89-paged book that will not take you too long to read but will leave you bustling with a lifetime’s supply of knowledge.

The figure of Swaleh Mdoe in that old rickety magic box made me want to become journalist while still just a child. I accomplished that. I hope his book is reason enough for someone out there who wants to follow the same path to know they can too.