Mexican Journalist Murdered in Tijuana, 2nd in a Week 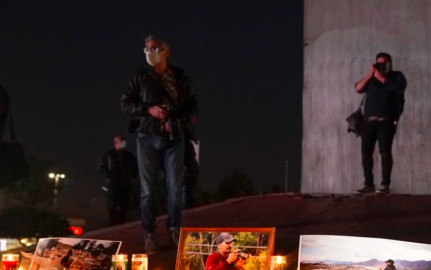 A journalist was killed Sunday, the second in a week's time in the northern Mexico border city of Tijuana, and the third in Mexico this month.

Lourdes Maldonado Lopez was found shot to death inside a car, according to a statement from the Baja California state prosecutor's office. Authorities had received a 911 call around 7 p.m. and found Maldonado dead on arrival.

In 2019, Maldonado came to President Andres Manuel Lopez Obrador's daily morning news conference and asked for his support, help and labor justice. “Because I fear for my life,” she said.

Maldonado had been locked in a years-long labor dispute with Jaime Bonilla, who was elected governor of Baja California later that year as a candidate from Lopez Obrador's Morena party. He left office late last year.

Maldonado had recently announced that she won her dispute with a media company Bonilla owned after nine years of litigation.

Maldonado had collaborated with many outlets, but recently was doing a internet, radio and television show, “Brebaje,” focused on local news.

Last Monday, photographer Margarito Martinez was gunned down outside his home. He was well-known for covering the crime scene in violence-plagued Tijuana. He worked for the local news outlet Cadena Noticias, as well as for other national and international media outlets.