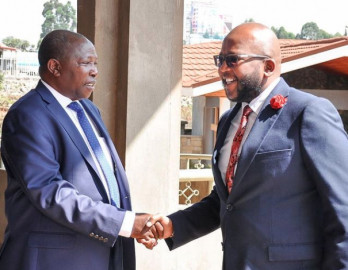 In a Friday gazette notice, from the Ministry of Interior, Kamanda, Judith Kariuki and Joseph Too were appointed to the organization as board members effective December 19, 2021.

Their stint will last for three years.

Prior to his appointment, Kamanda, was a board member at the Kenya Ports Authority (KPA) but he was relieved of his duties by Transport Cabinet Secretary James Macharia in June 2018.

Maina’s sacking followed then KPA Managing Director Cathrine Mturi-Wairi's suspension from the organization’s board; she was later however reinstated by courts.