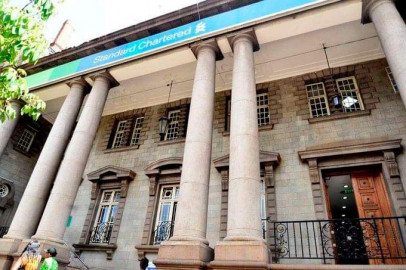 Standard Chartered Bank Kenya has posted a 48.8 per cent jump in net profit through nine months to September with earnings reaching Ksh.6.4 billion from Ksh.4.3 billion.

The rise in net profits is attributable to low costs in the period which offset a drop in interest income.

Further, the lender’s other operating expenses have fallen to Ksh.13.4 billion from Ksh.14.1 billion after a 9.3 per cent decline in staff costs to Ksh.4.9 billion.

Nevertheless, the bank has grown its non-interest funded revenue stream by 20.6 per cent from a jump in other fees and commissions.

However, loan-loss provisioning costs have remained flat at Ksh.2.7 billion as gross non-performing loans (NPLs) rise by 4.5 per cent to Ksh.23 billion.

The drop in total interest income has been realized on the back of a flat loan book at Ksh.131.7 billion.

StanChart has however still grown its asset base to Ksh.330.7 billion from Ksh.314.4 billion.

The bank’s customer deposits have jumped by 6.3 per cent to Ksh.258.4 billion.

Subsequent to the earnings rise, the lender’s earnings per share have improved to Ksh.16.59 per share from Ksh.11.13.

Standard Chartered Bank has declared a Ksh.5 interim dividend ahead of the close of the financial year to December after skipping the payout last year.

The interim dividend declaration has come outside the traditional six months juncture.