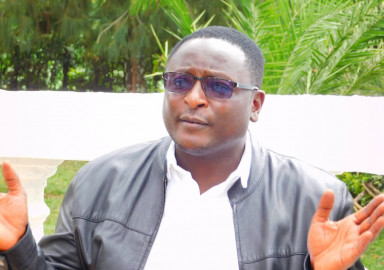 Vihiga Senator George Khaniri during a past interview. PHOTO / COURTESY

Vihiga Senator George Khaniri has expressed his displeasure at the ongoing strike by health workers across the county that has crippled services in the region.

According to Khaniri, access to basic health services is a fundamental human right that residents of the county and Kenyans in general should not be denied.

“Our people across the county are suffering a great deal because they are unable to access services in public health institutions, which is a serious violation of their basic and constitutional right to access to quality and timely healthcare,” Khaniri said.

“It is unfortunate to note that whenever conflicts of this nature arise between employer and employees it is the poor residents who often bear the painful consequences of such stand-off.”

Khaniri stated that he is aware of the grievances raised by the health workers, adding that negotiations between the County Executive and the service providers have yet to arrive at a compromise.

“The contention over unpaid salaries and allowances for several months and the thorny issue of staff promotions has been a subject matter whose negotiations between the county executive and health workers’ unions have failed to bear fruits for several years now despite the petition to the county government way back in 2019 seeking implementation of a progressive process of promoting staff in various cadres in the healthcare department,” he said.

Despite negotiations coming to a standstill, Senator Khaniri insisted that he will not sit idly by and watch his constituents suffer because they can’t access basic health services.

“I wish to state that we shall not sit and watch as our people suffer over issues which can be resolved amicably. The county executive’s duty is bound to ensure residents access services irrespective of whatever dispute is happening between the executive and the health workers,” he explained.

“I am calling upon the executive under the leadership of the governor and the health CEC to move with speed and convene a forum with health workers’ representatives with a view to avoid such stalemate in the future.”

He similarly called on health workers in the region to come to a compromise in the negotiations with the county executive to ensure the services are reinstated as soon as possible.

“I also urge our health workers to be flexible and find a common ground with the executive so that crucial services in our hospitals are not interfered with,” he concluded.