Ngirici: My issue at UDA is not Waiguru, it is the bullying 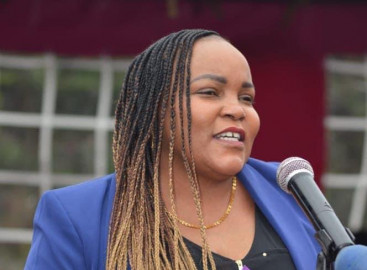 Ngirici, who is running for the Kirinyaga gubernatorial seat in 2022, claims that her unease at UDA is due to insults she has been receiving in the team, not because her opponent in the race for Kirinyaga's top seat, Anne Waiguru, recently joined the party.

“My issues are not mainly because Waiguru joined UDA but the bullying which is happening in the party,” she told The Sunday Standard.

Ngirici claims that some unnamed people in the DP's TangaTanga team have cyberbullied her and even dragged her husband into her politics.

“At one time I was insulted in the TangaTanga WhatsApp group where Ruto is. My husband too was dragged into it and called names but he was not in the group to defend himself,” said Ngirici.

“This pained me and I called Ruto to express my displeasure,” she added.

Governor Waiguru's October 26 defection from Jubilee to Ruto's 'hustler' movement has seemingly set the stage for a showdown between her and Ngirici.

“She wanted to vie for Nairobi governorship but I convinced her to vie in Kirinyaga, where I was also vying for the woman rep,” said Ngirici of their good times.

"We dined and wined together, and we could be seen in public and in private, but I later realized we were incompatible and we parted ways,” she added.

On Wednesday, Ngirici announced that she was taking some time off United Democratic Alliance's (UDA) rallies to self-reflect and strategize on her next move.

“Politics is like a chess game, you must study it well. I have retreated to study it carefully before making my next move,” Ngirici told The Standard on Wednesday.

She accused Waiguru of copying her political moves, adding that her time off was also to give Waiguru a chance to shine in UDA.

“I'm also giving space for newcomers to enjoy UDA. That's why you won't see me in Ruto’s meetings… It's now her turn to pose for pictures with Ruto, something I had done for four years,” said Ngirici.