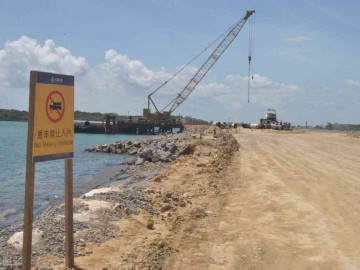 At least eight vehicles operating at the Lamu Port-South Sudan-Ethiopia-Transport (LAPSSET) highway project have been set on fire by suspected Al-shabab terrorists.

The Sunday attack took place in the Kwa Omolo-Bodhei area on the Lamu-Garissa highway.

The vehicles belong to the China Communications Construction Company.

This comes less than 24 hours after rumours surfaced regarding a planned Al-shabab attack in Lamu, specifically the LAPSSET project region and the roads connecting the port.

Workers at the construction site have been repatriated to the camp amid fear following the attack.