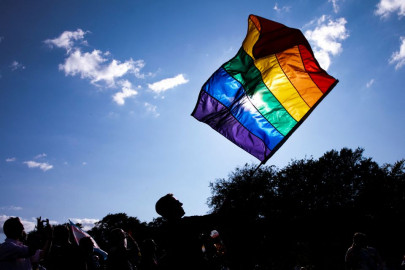 Namibia's High Court ruled on Thursday against two gay couples fighting for recognition of their marriages, with the judge saying she agreed with them but was bound by the nation's prohibition of same-sex relations.

Daniel Digashu and Johan Potgieter had married in South Africa, and Anette Seiler-Lilles and Anita Seiler-Lilles in Germany, but both couples now live in Namibia.

Digashu, a South African, and German-born Anita Seiler-Lilles had applications for a work permit and residency denied respectively based on their same-sex marital status.

In court, they argued that the word "spouse" in Namibian immigration law should include same-sex couples or the clause be declared unconstitutional.

Judge Hannelie Prinsloo said she agreed but was bound by a more than 20-year-old Supreme Court ruling saying Namibia does not recognize same-sex relationships. "Only the Supreme Court can correct itself," she said, adding it was high time the constitution reflected social reality.

Namibian-born Anette Seiler-Lilles said while the decision was disappointing, it also gave hope things could change, and that they would now discuss an appeal.

"It impacted us emotionally," she said of the ordeal, adding that she and Anita, partners for over 20 years and married for 18, felt discriminated against.

Ian Southey-Swartz, a Namibian citizen and programme manager at the Open Society Foundations-Africa which backed the couples, said he was devastated by the judgment.

"The current legal position has turned me, and many others in my position, into second-class citizens, forced to choose between our country and our family," he said in a statement.

In a verdict hailed as a big win for gay couples, in October Namibian Phillip Luhl and husband Guillermo Delgado won citizenship by descent for their son, born to a surrogate in South Africa in 2019.