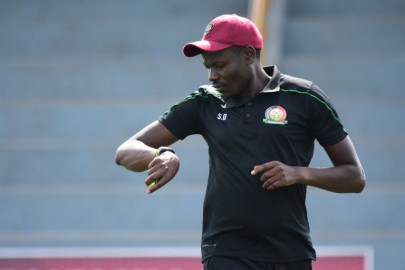 According to Okumbi, Posta Rangers could have won the match 2-1 had the centre referee made the right decisions.

“We played well but were a little bit disappointed with the results and I think we were robbed of victory, poor officiating, they were given a penalty they didn't deserve which is a big blow to us.

Posta Rangers were the first to find the back of the net through Brian Marita in the 14th but they shot themselves in the foot after they gifted Kenya Police a penalty 10 minutes later which was successfully converted by Clifton Miheso.

However, Marita restored Rangers advantage in the 38th minute to grab a brace, six minutes to stoppage time Kenya Police drew level for a second time in the match, when John Ndirangu headed home.

Kenya Police head coach Bobby Ogola has in the meantime hailed his boys for facing Posta Rangers noting they deserved a point.

“In fact I motivate them telling them that they can because when I looked at Posta Rangers I realized that they were of the same age as my boys and so I told the boys to go play for a win and just play for the people to see you, we are happy with the outcome” Ogola said.

Posta Rangers are stuck at position nine on 15 points while Kenya Police are 13th on the log with 12 points, accrued from 11 matches.