'I am not looking for followers, I'm looking for partners,' Raila says as he calls for unity 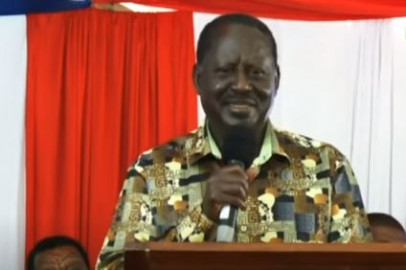 Orange Democratic Movement (ODM) leader Raila Odinga now says that he wants to partner with Kenyans in a bid to implement unity in the nation ahead of the August polls.

Speaking in Muranga county while meeting Mt. Kenya leaders at Thika Greens Gardens, Odinga said that amongst all he plans to introduce upon clinching the country's top seat unity will be top of his list.

He has called on Kenyans to align themselves with his unity call under the Azimio la Umoja movement.

"I have come as a friend, I am not looking for followers I'm looking for partners so that we can able to deliver a new Kenya. A Kenya that our founding fathers wanted," posed Odinga.

"We want to create a united country and make Kenya one, that is the whole meaning of Azimio la Umoja. So that we can create a fully united country," he added.

The former premier further reiterated that it is possible to better Kenya’s economic trajectory, provided there is a change to the mindset of the country’s leadership through empowering people.

He says that given the right force to ensure implementation of that blueprint, the country would be miles ahead to achieve vision 2030.

"Kenya has been playing below its potential and we can do it by empowering our people. That is why I have talked about pesa mfukoni, BabaCare, Smart agriculture, Industrialization and Infrastructure," he said.

"I believe strongly that if we unite this country and we work hard, we can move Kenya from a struggling third-world economy to a middle-income economy in the next 6 years and how we have the vision 2030."