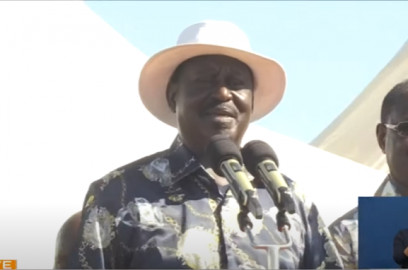 Leaders and elders from the Mt. Kenya region have reassured the Luo community of their unwavering support for ODM leader Raila Odinga’s presidential bid.

Led by the Chairman of Kikuyu elders Wachira Kiago, the elders assured that the new bond between the two communities will remain strong for eternity.

They were speaking in Ugenya constituency where they were hosted by Siaya Senator James Orengo together with several legislators from the Luo-Nyanza region. enhanced the Azimio la Umoja campaign.

They noted that having assessed the history of this country, they have realized that there is no reason why there should be any division between Luo and Kikuyu communities.

“Jakom will be the fifth president, that one we are sure about. So we have come to strengthen the relationship between you and us,” one elder said.

The legislators said that Mr. Odinga’s popularity in the Mt. Kenya region has already shot up owing to the handshake and the cordial relationship between the two communities.

They, however, challenged leaders and elders from the Luo community to ensure they mobilize their people to register as voters to increase Mr. Odinga’s vote basket.

“The most critical item is to register as voters, let jus help baba with that assurance within the next 15 days,” said Orengo.