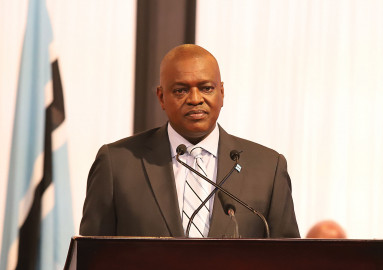 Botswana's President Mokgweetsi Masisi has proceeded on self-isolation after testing positive for COVID-19.

In a statement on Monday, the country’s government communications office stated that President Masisi tested positive during a routine testing and is asymptomatic.

“Members of the Public are assured that His Excellency the President does not have any symptoms and will continue to receive close medical monitoring by his medical doctors,” John-Thomas Dipowe, the acting permanent secretary of state communications stated.

In the meantime, Deputy President Slumber Tsogwane will serve as the country’s president in acting capacity until further notice, the statement added.