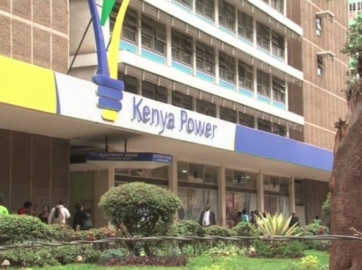 Ten high-ranking Kenya Power officials were on Tuesday arrested by detectives as investigations into the alleged deliberate disruption of electricity supply that left parts of the country without power last week continue.

The officials who were arrested on grounds of miscellaneous application and negligence are currently being detained at Muthaiga Police Station awaiting arraignment on Wednesday after being questioned at the Directorate of Criminal Investigations (DCI) Kiambu headquarters on Tuesday.

According to reports, the DCI will seek a miscellaneous application at the Wednesday hearing in order to detain the suspects further, as investigations into the purported sabotage case continue.

On January 14, the DCI probed 18 officials, among them 5 senior managers, over the collapse of four towers on the Nairobi - Kiambere high voltage power transmission line.

The 18 staff members were questioned in connection to alleged vandalism at the scene of the collapsed towers.

The senior officials were specifically targeted owing to the fact that they are tasked with procuring high voltage lines for the national grid.

According to the team of investigators drawn from the DCI’s Serious Crime Unit who visited the scene, the basement of the angle towers of the high voltage power lines had been vandalized and the cross beams removed and unbolted. This resulted in the angle towers caving in.

On Tuesday, police similarly revealed that six towers along the Olkaria-Kisumu power line in Naivasha had also been vandalised.