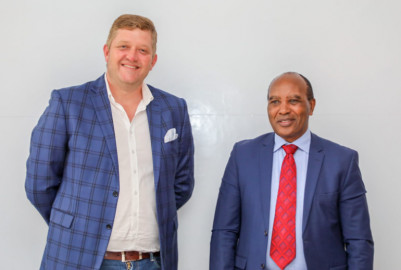 The county government of Nyandarua and fast-food restaurant chain Kentucky Fried Chicken (KFC) have agreed on an outline that will entice potato farmers and co-operatives in the region to sell their produce to the eatery’s local franchise.

“The two parties agreed to the creation of strong linkages with our farmers in seed multiplication and high quality potatoes production not just for KFC but other diverse markets to ensure sustainability of the production,” Nyandarua County said in a statement.

Following the meeting, KFC committed to organize a sit down between prospective processors and Nyandarua Farmers with the aim of attaining the high international standards required of the potatoes.

The parties also agreed to establish a joint technical committee to deliberate the nitty-gritties of the pact with the next engagement slated for Wednesday.

KFC similarly hinted that it was contemplating sourcing cheese from Nyandarua farmers.

“Whilst 80 percent of products from KFC in Kenya are locally sourced, there still remain immense opportunities in the supply of processed potato opportunities which Nyandarua will grab both directly and indirectly as the county moves to also establish high quality processors through the co-operatives.,” Nyandarua County said.

Governor Kimemia consequently insisted that the county will continue bolstering cooperatives in the region in order to form strong relations with KFC and other potential buyers.

“Through the potato tissue culture project, it will be possible to rapidly multiply any seed variety required by the market. We are using the latest technology to produce quality seeds at our Oljororok seed multiplication unit,” the county boss said.

The development comes after Agriculture Cabinet Secretary Peter Munya on Thursday announced that there was a deal being worked on that would allow a section of Kenyan farmers to supply potatoes to fast-food chain restaurant KFC.

This came after KFC previously announced that it had run out of potatoes, sparking conversation among Kenyans on social media.