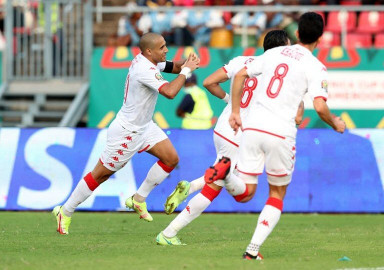 Tunisia have been hit by a COVID-19 outbreak in their camp at the Africa Cup of Nations and could have as many as seven players unavailable for their last group game against Gambia on Thursday, the Tunisian Football Federation said on Wednesday.

Tunisia, who have three points from their opening two games, would be seeking at least one more point to make sure they qualify for the last 16, if not one among the top two in Group F then as one of the four best third placed finishers.

Wahbi Khazri, who scored twice in their 4-0 win over Mauritania on Sunday, leads the list of players who have subsequently tested positive.

But Tunisia did receive a boost with Dylan Bronn, Mohamed Drager and Naim Sliti the latest to return negative tests and come out of isolation, a spokesman said.