Malindi Airport expansion to kick off after 18-year stalemate 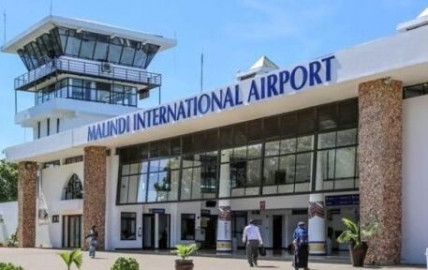 Expansion of the Malindi International Airport is finally set to kick off after an 18-year stand-off between neighboring landowners and the government.

This is after the government allocated Ksh.5 billion for the planned project, part of which will go towards compensating the landowners who will be affected.

According to the The National Development Implementation Technical Committee (NDITC), this is a major boost for the area tourism industry which has been poor amid the deadlock and the COVID-19 pandemic.

The North Coast destination is a favorite among international tourists, most of whom are Italians.

“A lot of tourists coming from Europe would like to have their planes landing here but the kind of aircraft that come in with tourists from those countries usually require a long span of runaway,” Susan Mochache, who is an official at NDITC was quoted as saying by Business Daily.

“The current runway is about 1.4km but for larger planes to land here requires an additional 2km.”

She further noted that the expansion of the runway will also serve as a big boost to business in general as larger planes and cargo flights will be able to land.

“We can thereafter adequately land the kind of aircraft that will bring in the number of tourists we are looking at and the size of cargo aircraft that would like to land here but are limited by runway,” she said.

Mochache, who is also the Health PS added that the government is keen on speeding up access to the money so that the compensation can be undertaken and the land acquired as soon as possible.

In the meantime, landowners have been advised against developing their land pending the acquisition.

“I urge the people to limit development. They know there is an intention by the government to develop that land and there’s no point of developing it yet we are now almost at the point where we are almost confident that compensation will be done,” noted Mochache.