Jaguar opens up about being deported from the U.S as an upcoming musician 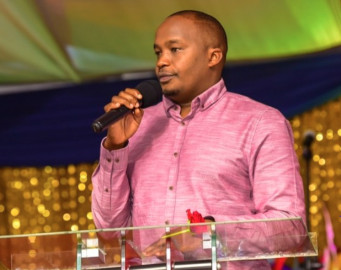 Kenyan musician-turned-politician Charles ‘Jaguar’ Kanyi has revealed that he was once deported from the United States.

Jaguar narrated that, as an upcoming musician back in the day, he got an invite from a friend to perform in Detroit, U.S.

He said that upon arriving at an airport in the U.S, security queried him about not having an ATM card for his financial transactions, ultimately sending him back to Kenya.

However, the legislator did not give up and went back to the embassy to get the proper documentation and everything he needed to go back to the U.S for his proper star moment.

In the U.S, the former entertainer realized that people did not know of him and hence started doing some manual labor to survive.

According to Jaguar, he converted the sore experience to his advantage resulting to him getting his first million which he then used to start a taxi business in Kenya and later a garage company.

The former entertainer is well-known for his business savvy nature even before joining politics with several properties to his name.

Jaguar further revealed that he plans to defend his Starehe MP seat in the upcoming August general elections.