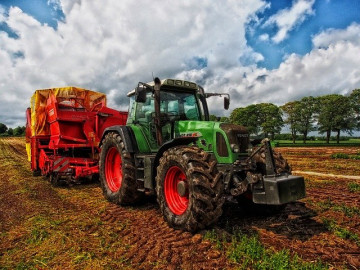 The Agriculture sector remained the worst-performing segment of the economy in the quarter to September.

This is on the back of a hit to key exports in the sector including fruits, coffee and tea.

For instance, data from the Kenya Bureau of Statistics (KNBS) shows a 19.9 per cent decline in the volume of fruit exports while tea production and coffee exports fell.

Between July and September last year, the value of the Agriculture sector by constant prices fell by an equivalent Ksh.11 billion.

Growth for the sector declined at the sharpest rate in the quarter, 1.8 per cent exceeding declines of 0.1 and 0.7 per cent in the first and second quarters of 2021 respectively.

Tea and coffee production has remained on the decline weighed down by unfavourable weather conditions in large parts of last year.

The fall of big-ticket agriculture exports has been mirrored in changes to the value of principal domestic exports across the first three quarters of 2021.

The value of tea exports for instance fell by Ksh.3.7 billion to Ksh.95.7 billion between January and September last year according to the KNBS statistics.

Coffee exports across the nine months however rose in value to Ksh.20.9 billion from Ksh.17.8 billion in a similar period in 2020.

Greater flower and vegetable exports have however provided some respite for the agriculture sector with the horticulture produce posting a 31.6 per cent exports growth to Ksh.127.8 billion from Ksh.97.1 billion in September 2020.

Subsequent to the decline of agriculture, the sector now contributes to 20.5 per cent of Kenya’s GDP from a higher 21.8 per cent in the preceding year.

The sector was a key pillar to the resilience of the economy at the onset of the COVID-19 pandemic and helped anchor the country’s GDP from a further decline beyond the 0.3 per cent posted in 2020.