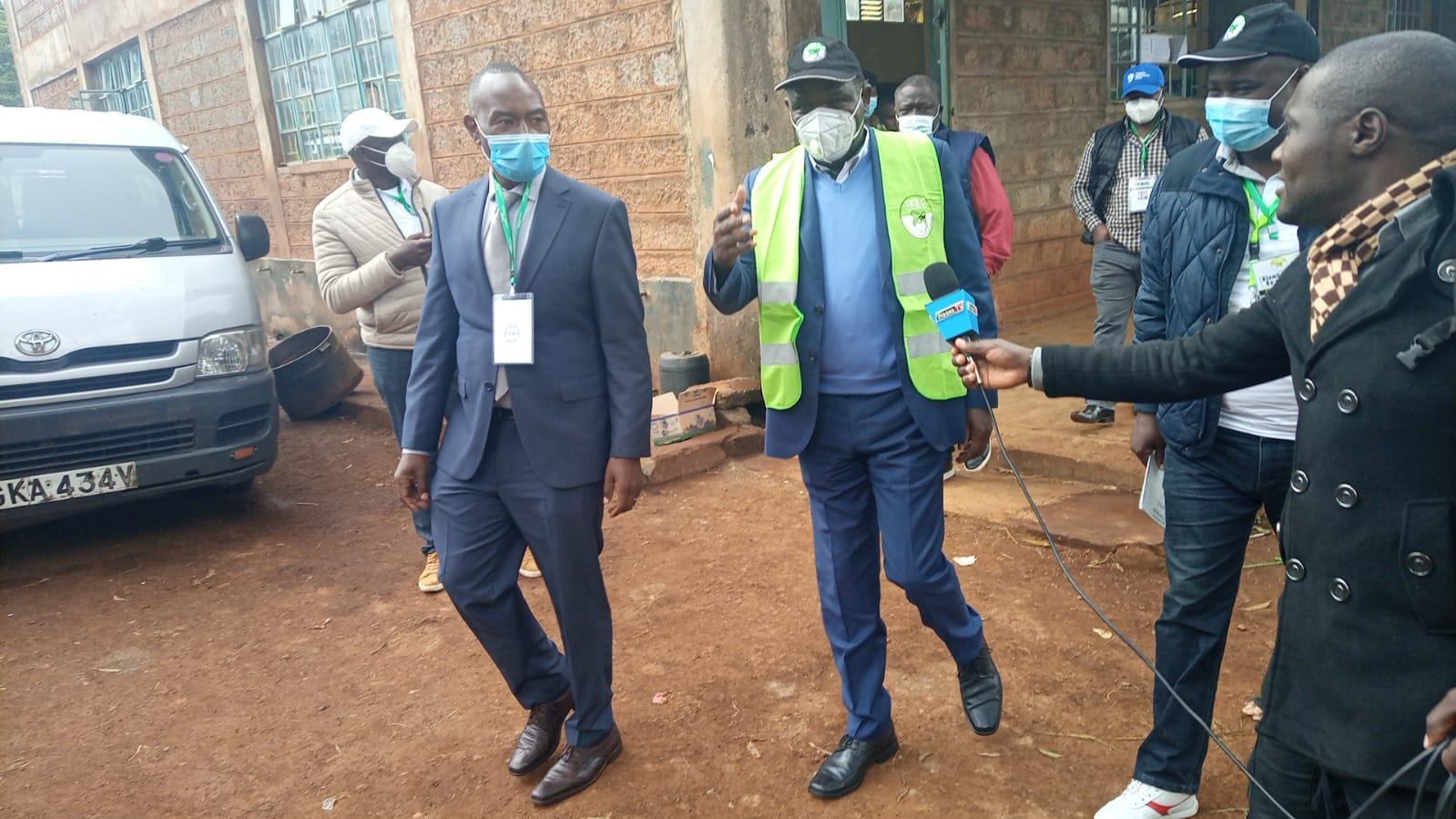 Wafula Chebukati, Chairman of the Independent Electoral and Boundaries Commission, has maintained that chiefs are not permitted to be present at polling stations, just hours after the United Democratic Alliance (UDA) accused the Ministry of Interior of using chiefs and their assistants to influence the ongoing voting in the Kiambaa constituency by-election.

Speaking to the media on Thursday, Mr Chebukati stated that only voters, authorized police officers, observers, candidates, one agent per candidate, and the media are permitted to be present at polling stations.

At the same time, he stated that each polling station has a 400-meter radius and that anyone within those boundaries may be found guilty of idling.

“The individuals who are trying to penetrate to the polling stations should know that it is against the law, we urge everyone to follow the law,” Chebukati said

Meanwhile, Mr. Chebukati took note of an incident in which one person was arrested while attempting to vote using another person’s identity card.

Despite the incident, Chebukati expressed confidence in the ongoing polls, claiming that the Kiambaa polls had the highest turnout in recent polls, at 20%.

Earlier in the day, the United Democratic Alliance (UDA) claimed that Jubilee was using administrators to manipulate the polls after sensing defeat.

During the polls, Jubilee Majority Leader Amos Kimunya was chased out of Kimuga polling station by rowdy youth alleging he was there to interfere with the voting process.

The two polls have captured national attention, with the country watching intently as two former political brothers compete for supremacy.

Voters began arriving at voting stations as early as 6 a.m., eager to settle the debate and possibly set the tone for the 2022 General Elections.

On a national scale, according to pundits, the campaigns pit President Uhuru Kenyatta’s Jubilee party against his Deputy William Ruto’s UDA party, making the heated contests a two-horse race.

The jostling to gain ground ahead of the 2022 election is at the heart of the heated political duel, with the splintered Jubilee party eager to prove it is still the political juggernaut it was in 2017.

Jubilee intensified its campaigns in Kiambaa and Muguga ahead of the mini-elections, possibly as a result of the losses in the May by-elections in Juja, Kiambu, Rurii, and Nyandarua.

Another victory for the UDA in Kiambaa and Muguga will be another feather in DP Ruto’s cap as he vies for the country’s top job.

A victory will provide much-needed wind beneath UDA’s wing, especially given that it is already widely believed that Uhuru will not support his deputy in 2022.

Another loss in Uhuru’s backyard will be another wound, evidence that his hold on the vote-rich region is weakening as his term comes to an end.