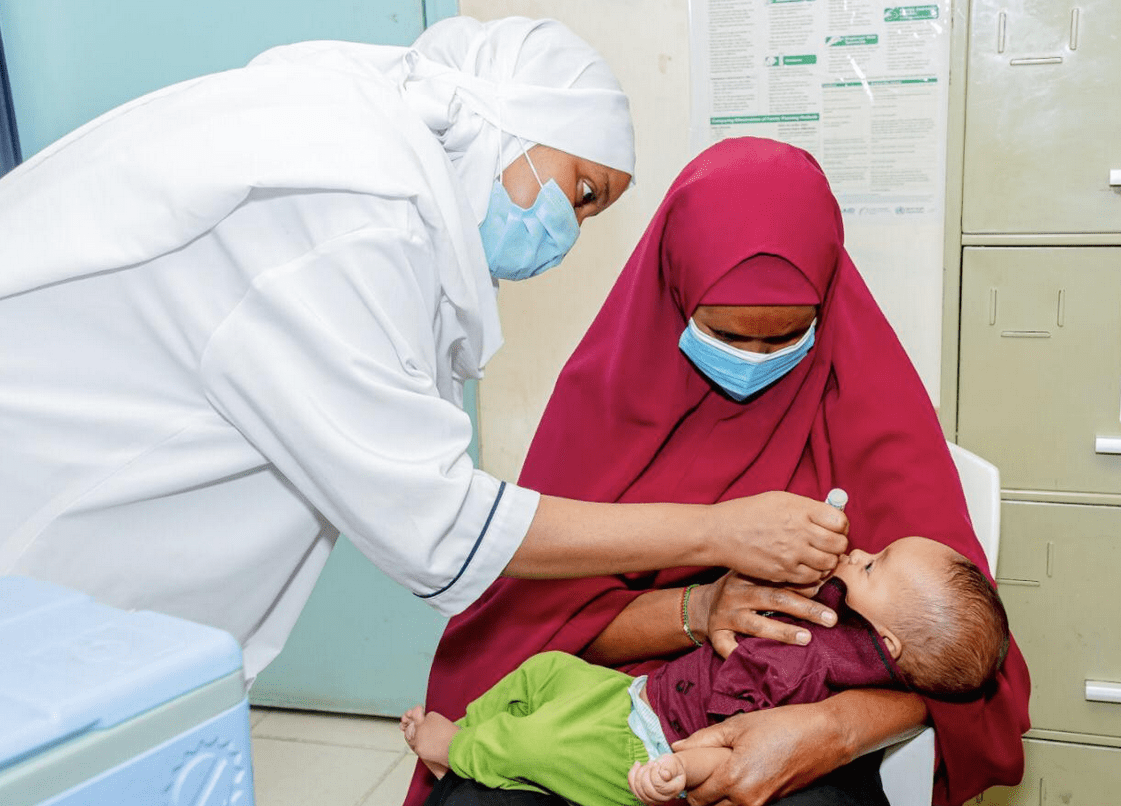 The exercise, which will officially begin on Saturday , will last for five days, according to Health CS Mutahi Kagwe.

From the 22nd to the 26th of May 2021, the current campaign will be held in Garissa, Wajir, Mandera, Isiolo, Mombasa, Kilifi, Kitui, Machakos, Kajiado, Kiambu, Tana River, Lamu, and Nairobi counties, according to CS Kagwe.

“The first phase of the vaccination exercise will target an estimated 3,437,378 children under five years with the monovalent oral polio vaccine (mOPV).” CS Kagwe said on Friday. “The second phase of the campaign will be conducted in the same counties from the 19th-23rd of June this year.”

Aside from vaccinating children under the age of five, the government is also conducting surveillance across all regions, with a particular emphasis on counties near the Kenya-Somalia and Kenya-Ethiopia common borders.

“Remember that Polio has no cure but can be prevented through vaccination. You are also requested to report any case of a child under 15 years who is exhibiting sudden weakness of hands or legs or both to the nearest health facility for immediate attention,” Kagwe added.

Despite the World Health Organization’s certification of the Africa Region as polio-free in 2020, the ongoing COVID-19 pandemic and gaps in routine immunization in neighboring countries have resulted in a resurgence of polio outbreaks.