One arrested as police seize 384 rolls of bhang at Kenya, Tanzania border 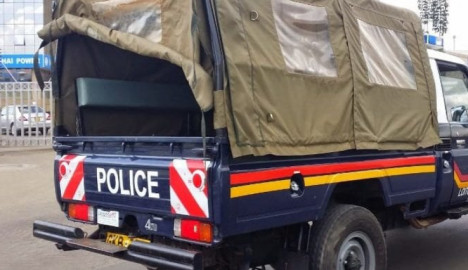 One suspect has been arrested and 384 rolls and 29 brooms of bhang with a street value of Ksh.90, 500 seized by police along the Komomwamu-Motemorabu raod at the border of Kenya and Tanzania in Kuria West sub-county.

Mr.Kimaiyo said the police and the KRA officers who were on a mobile patrol and were acting on a tip off corned the suspect.

The sub county police commander said the officers who searched the vehicle belonging to the suspect managed to recover the bhang which is in police custody.

He said the suspect is expected to be arraigned on Tuesday where he will be charged with the offense of being in possession of the narcotic illegally.

Meanwhile the sub county police commander has assured a revitalized fight against narcotics and other contraband goods in the region.