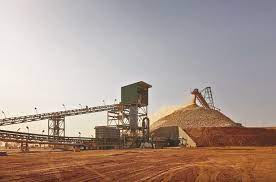 Eight people suffocated to death when police in Burkina Faso used tear gas against unauthorised gold miners at Nordgold’s Bissa mine, a prosecutor said on Thursday.

About 40 were on site on Wednesday when the police fired tear gas, which “caused panic and the suffocation of the clandestine gold miners”, national prosecutor Wendyam Lambert Sanfo said in a statement.

Sanfo said charges for involuntary homicide would be brought in the case but did not specify against whom. Four people were also arrested on charges of burning 10 vehicles on the site.

The police said in a statement on Monday that they had discovered the bodies of six miners at the mine but did not mention firing tear gas.

Nordgold, a Russia-focused miner majority owned by Russian billionaire Alexei Mordashov and his sons, did not immediately respond to a request for comment.