Rangnick has no qualms about picking Pogba as contract winds down 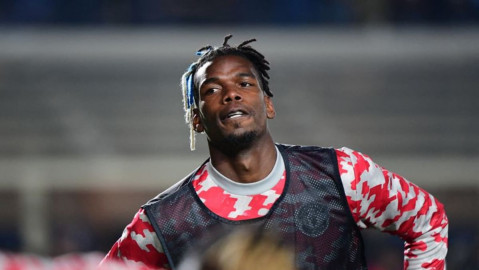 Manchester United interim manager Ralf Rangnick said midfielder Paul Pogba will be "highly motivated" to show his worth when he returns from injury, even if he is only looking to impress potential suitors as his contract winds down.

The 28-year-old, who returned to training this week following nearly three months on the sidelines with a thigh problem, could leave United as a free agent at the end of the season.

Injuries have restricted Pogba to nine league appearances this season and though United have been in talks with him over a new deal, he has been frequently linked with a move away from Old Trafford.

"And as long as this is the case, why shouldn't Paul Pogba being fully fit again now and he also wants to show up? Even if it's for only showing up for a new contract elsewhere, I mean, he will be highly motivated to do that."

Winger Jadon Sancho is another player with a point to prove, having started just 14 games in all competitions since his big-money move from Germany in the close season, and Rangnick said he had to grasp the opportunities when they come along.

"This is psychologically, emotionally, a more challenging situation than the one at Borussia Dortmund and these are exactly the kind of steps that he has to make to become a top player for the next 10 years at this club," Rangnick added.

"We can give guidelines, give him all the necessary assistance that he needs but in the end it's up to him to take the next steps."

United, seventh in the Premier League with 32 points from 20 games, travel to 14th-placed Brentford later on Wednesday.