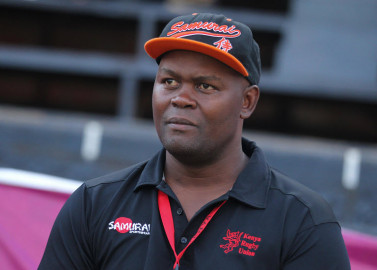 Kenya rugby sevens Under-20 head coach Paul ‘Pau’ Murunga has appealed to the government and the Kenya Rugby Union to put more resources to his team, which he calls the conveyor belt for the senior side Shujaa.

Speaking after the Safari Sevens tournament over the weekend, the former Shujaa tactician said the boys should be prepared earlier ahead of the next Olympics and HSBC Series.

“If we want to get to the platform to play in the next Olympics and we want our team to perform well in the next World Cup and HSBC for us this is the future,” said Murunga.

“So if we are able to shift our focus and put in resources to the young guys, then in the future we’ll be celebrating having a team that is able to compete or even win some of the legs in the HSBC,” he added.

Murunga underscored that most top teams in the world start building their teams with under 8, 12 and 18’s, hence before the players gather enough exposure before featuring for their national teams.

“It has to start from here you’ve to develop, identify talent and groom them to make sure that they're able to compete with the rest of the world,” explained Murunga.

“Some of the teams start identifying talent at very tender ages expose them and by the time they’re playing in the HSBC, World Cup, Commonwealth or the Olympics they’re able to play against any other teams,” he concluded.