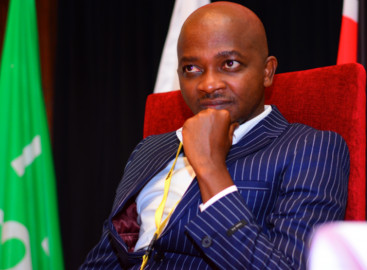 Beleaguered Football Kenya Federation president Nick Mwendwa was for the second day running grilled by the Directorate of Criminal Investigations at their Kiambu road offices on Saturday as the probe over the alleged misappropriation of Sh550 million continued.

Mwendwa was arrested Friday over the scandal, barely a day after Sports Cabinet Secretary Amina Mohamed disbanded Football Kenya Federation(FKF) despite his protests, and formed a 15-man caretaker committee to manage the game.

Mwendwa has however maintained he’s a clean man,  and that all the monies allocated to the federation by the government can be accounted for.

In the Saturday grilling he was accompanied by his lawyer, Senator Mutula Kilonzo Junior.

At the same time confusion marred the fate of local football competitions after a number of National Super League matches were played despite a directive by the caretaker committee freezing the leagues for two weeks.

In Mombasa for instance the match between Coastal Heroes and Vihiga United was played to conclusion, the home team winning 1-0 while in Awendo,  Kibera Black Stars also played their match against  Gusii FC.

However, a women premier league match between Bunyore Startles against Wadadia at the Mumias Sports Complex did not take place after the teams were denied entry to the match venue.

Bunyore Starlets coach, Zacharia Amakanga said, “We got instructions that we must attend the game. We reached the gates which were closed. Stadium management were given instructions (not to open the gates), so we were forced to turn back.

The preparations we’ve put in this week has gone to waste,” he lamented.