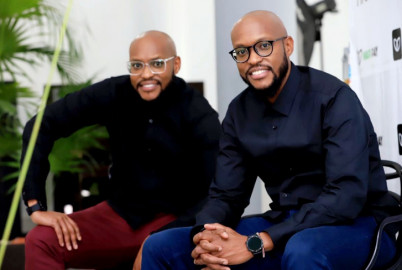 Wapi Pay co-founders Paul and Eddie Ndichu will now step aside from their positions at the company after they were involved in a scuffle with women at a city hotel this past weekend.

Elizabeth Kariuki, the current Chief Operating Officer, will take up the Chief Executive Officer role on an interim basis with immediate effect.

The company Board of Directors, in a statement released on Tuesday, said this is to allow for investigations into the incident involving the brothers to take place.

The board further committed to concluding the matter within the next 30 days before making any further decision.

“As indicated earlier, Wapi Pay is built on, and practices, a culture of respect for all its stakeholders, employees and customers and does not tolerate any form of discrimination, including but not limited to any form of gender-based violence,” read the statement from the board.

Eddie Ndichu, in a personal statement posted on his Instagram page, said he will take a break to reflect on the incident, which he termed as “embarrassing.”

He indicated that the matter is now in the hands of relevant authorities, whom he pledged to fully cooperate with to ensure it comes to a logical conclusion.

“I am extremely saddened by the incident being highlighted across online media platforms. At the moment, I cannot comment on this matter as it is being handled by the appropriate authorities,” he said.

“For now, I have taken some time off to reflect on this embarrassing and unfortunate situation and will cooperate with all stakeholders to ensure a speedy conclusion of the matter.”