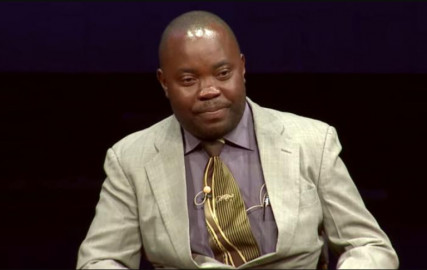 A former member of Malawi's parliament killed himself inside the parliament building in the capital Lilongwe on Thursday, a police spokesman has confirmed to CNN.

Clement Chiwaya, an ex-deputy speaker, shot himself in the head after sneaking a firearm into the office of the parliament's clerk, a spokesman for the Malawi Police Service, James Kadadzera, said.

Chiwaya was said to have gained access into the parliament building despite a routine security search.

"The late Chiwaya was a man with disability and was using a wheelchair. The metal detector at the parliament building detected metal objects which were thought to be from the wheelchair and he was allowed in," the police spokesman told CNN on Friday.

Kadadzera added that security would be strengthened at the parliament building.

Ian Mwenye, the assistant clerk of the parliament could not immediately confirm Chiwaya's purpose for visiting the clerk's office, but an earlier statement issued by the parliament highlighted an ongoing legal tussle between the former lawmaker and the parliament over benefits and entitlements.

"...at the time of this incident, there was an outstanding case in court regarding his vehicle which was involved in an accident while transfer of ownership had not been completed and insurance had expired," a statement by the parliament said.

"While parliament was working on the matter, Hon. Chiwaya in April 2020 approached the Office of the Attorney General," it stated, adding that "the matter was also taken to the Office of the Ombudsman who determined in his favor."

The statement further added that the favorable verdict of the Ombudsman -- a public body that investigates complaints -- was later set aside by a Malawian court.

The parliament described Chiwaya's death as "tragic and traumatic" while stating that all benefits the late lawmaker was entitled to "were being honored."