Musicians Frasha, Gabu of P-Unit to vie for MCA positions in 2022 polls 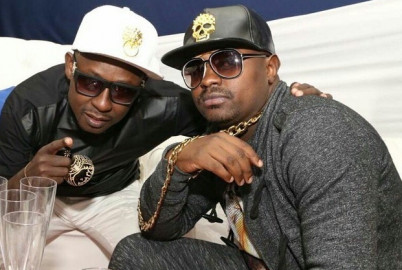 Musicians Frasha and Gabu of the popular boy group P-Unit have decided to throw their hats into the ring of politics.

Frasha, real name Francis Amisi, is vying for the Athi River MCA seat, again, after seeking it in 2017 and failing to clinch it.

Gabu, real name Gabriel Kagundu, a first timer, on the other hand, will be vying for Kenyatta Golf Course MCA.

The two made the revelations on Friday in an interview on Citizen TV’s 10 over 10 show, saying that it is now time for the youth to stand up and be counted.

P-Unit, which is made up of Frasha, Gabu and Bon-Eye (who did not appear on the show as he is out of the country), had taken a break during which each was pursuing their own solo projects.

The triad now says they have gotten back together and are doing a new album as a group, just like old times.

“As a group, we are doing a new album. Our new song ‘Nobody’ is in the album. It is a song about extrajudicial killings,” said Frasha.

Frasha continued to explain the story behind the song, saying it revolves around what goes on in society today where the youth feel like they are targets of police officers.

“We know the importance of police. There are so many young people who have lost their lives through being mishandled by a few bad policemen. All we are saying is that this is happening to the youth and it needs to be looked at,” he stated.