Echesa caught up in bar fight in Mumias 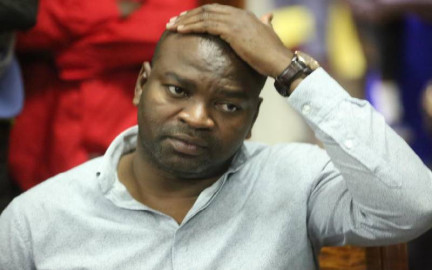 After getting word of what had transpired, the OCS confronted Munyendo and a fight soon ensued between the two factions which concluded with the OCS damaging Munyendo’s car.

Munyendo would soon after report the matter to Mumias Police Station.

“It happened that he touched a lady who was in company of the OCS Shianda and as a result a confrontation ensued between the complainant and the OCS where by the complainant’s motor vehicle, a white Mercedes-Benz Registration Number KCY 105 W, was maliciously damaged on the front windscreen, right side mirror and the rear left side lens by the OCS,” the OB report read.

Munyendo similarly claims that he lost Ksh. 77, 000 during the altercation with the Shianda OCS and his group.

DCI detectives have already began investigating the matter and are collecting evidence that will aid them with their investigations.