'I will start coaching lessons when I return,' MP Moses Kuria says amid rising incitement cases 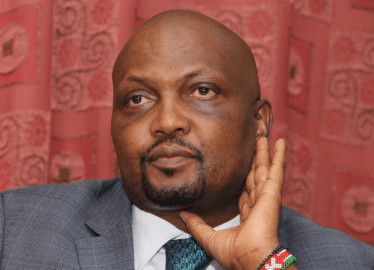 Gatundu South Member of Parliament Moses Kuria now says he will embark on counseling politicians against hate speech and incitement amidst rising cases in the country.

The legislator took to social media on Tuesday to state that arraigning politicians on hate speech allegations will not solve the underlying problem, instead suggesting guidance through behavioral change.

Kuria, while citing incidences in the past where he was a victim of hate speech charges himself, stated that the sure way of getting rid of the behavior is personal development.

“As a reformed ranking member of that ignominious club who had charges in 2014, 2015, 2016 and 2017 and all acquitted, I can only say the ultimate solution is self-regulation among the political class and adherence to a Code of conduct,” Kuria said.

“I will be starting peer-to-peer coaching lessons to those willing to reform like I did when I return to Kenya.”

The lawmaker consequently highlighted that charging the victims in court would only prove moot as he claimed there is no specific law that addresses incitement.

“There is no point charging the politicians because the High Court declared Section 96 of the Criminal Procedure Code (Incitement to violence and disobedience to the law (unconstitutional. That ruling still stands,” he stated.

“The only punishment that the politicians suffer is pre-plea detention and higher bail terms.”

Senator Linturi was apprehended on Sunday after making utterances that were construed as advocating for tribal segregation during a UDA rally in Eldoret sports club on Saturday.

Similarly, Onyonka was nabbed by detectives after a video surfaced on social media where he was seen addressing a crowd in what appeared to be a response to utterances made at the DP’s Eldoret rally.