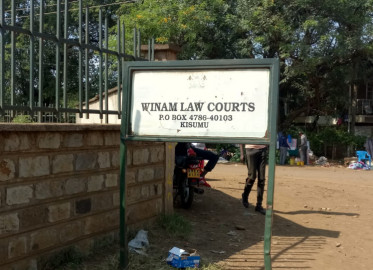 A woman who allegedly attacked a neighbour’s househelp for hanging wet clothes which were dripping water on her balcony in Mamboleo estate, Kisumu County, was on Tuesday arraigned and charged.

The court heard that on October 24, 2021 at Mamboleo area, Aketch assaulted the complainant - Beryl Achieng - leaving her bruised in some parts of the body.

Aketch, in the now viral video, is seen hitting the complainant with a panga severally, eliciting angry reactions from Kenyans online.

Ironically, the accused has in the recent past served as the head of Gender Based Violence at the Jaramogi Oginga Odinga Teaching and Referral Hospital (JOOTRH).