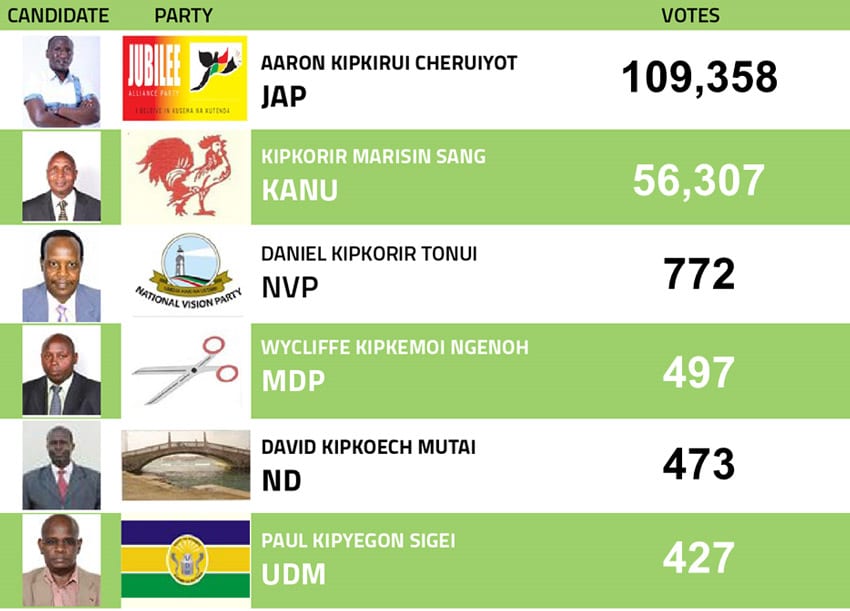 The Elections Observation Group (ELOG) has given a clean bill of health to the just concluded Kericho and Malindi by-elections. While dismissing KANU’s claims that the Independent Electoral and Boundaries Commission (IEBC) rigged the Kericho mini-poll in favour of Jubilee, the group has, however, pointed out that several cases of voter bribery were reported.

The by-elections were characterized by claims of rigging, voter bribery and violence in some parts with KANU accusing IEBC of manipulating the Kericho mini-poll by using a computer programme ELOG, however, says that IEBC conducted itself professionally.

ELOG deployed a total of 37 stationary and 18 roving observers in the two by-elections. It has, however, raised concern over the use of state resources on both sides of the political divide.

And as the country heads toward the General Election in 2017, a concern has been raised over whether the Electronic Voter Identification (EVID) and the manual hard copy register should be considered as the principle list of registered voters.

The Elections Observer Group has recommended a complete phasing out of opaque ballot boxes as used in Kericho in addition to enhanced voter education in order to curb the high number of spoilt votes and assisted voting.