Police discover bhang intercropped with maize near the station 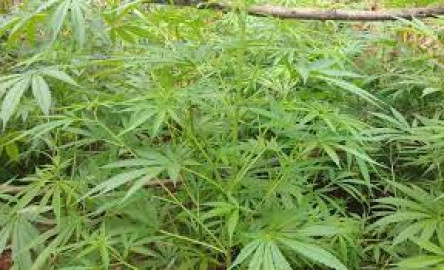 The bhang had been inter-cropped with maize plants in a two-acre farm, one kilometre from the police station

Police in Bomet discovered a farm with bhang planted carefully among the maize farm in an attempt to avoid raising suspicion.

The bhang had been intercropped with maize plants in a two-acre farm.

“Our officers received a tip-off from Nyumba Kumi elders before visiting the farm and uprooting all the plants,” said Chepalungu sub-county police boss Nelson Masai.

He, however, noted that the owner of the farm escaped before he could be arrested.

"We decided to arrest his wife to give us more information about the whole issue after her husband dodged us. The woman is young and she might not be privy to what is in the farm," noted Masai.

According to Mr. Masai the villagers had raised concerns as many young men kept visiting the homestead of the suspect – especially during evening hours for unclear missions.

At the same time, he pointed out that he has dispatched his officers to comb all the maize farms in the village in a bid to rid out the prohibited plant in the sub-county. The said farm is a kilometer to the police station.