Migratory bird electrocuted in Nandi after flying over 7,000km from Poland 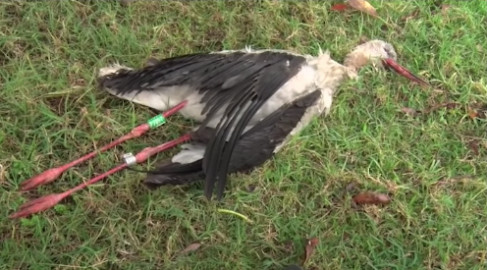 A migratory bird that flew over 7,000 kilometers from Poland to Kenya was on Wednesday electrocuted in Mogon Baraton village, Nandi County.

“It had a tag in its leg which indicated that it came from Poland. We were quite amazed because the distance from Poland to Kenya is approximately 7,000 kilometres,” said Misoi.

The carcass was surrendered to the Kenya Wildlife Services which will now preserve it as a wildlife trophy.

According to the African Wildlife Foundation, the white stork travels yearly in sub-Saharan Africa to avoid the extreme European winters.

The average journey takes 49 days and covers almost 20,000 kilometres in flocks of up to 11,000 individuals.

The birds follow River Nile south and end up settling in various countries, including Kenya, Sudan, and South Africa.