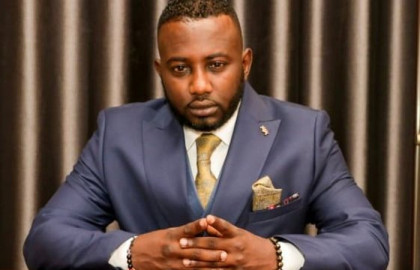 Lamu Senator Anwar Loitiptip was on Monday presented in court after he allegedly shot and injured a woman at Kanu Grounds in Nanyuki on Sunday.

The senator did not take plea as the prosecution had requested Nanyuki Resident Magistrate Vincent Masivo for five days to continue holding him to conclude investigations.

He was released on a cash bail of Ksh.500,000 or Ksh.1 million bond after the court declined the prosecutions application to detain him pending conclusion of investigations.

Senator Anwar, who is to be charged with causing grievous harm and unlawful use of a firearm, was also barred from visiting Nanyuki for the next fives days.

According to a police report seen by Citizen Digital, a woman identified as 32-year-old Joy Makena  was on Saturday night rushed to hospital in Nanyuki with gunshot injuries on her right foot, above the ankle.

Police officers from the Nanyuki Police station who were apprised of the incident, said Makena had reportedly quarrelled with the Senator before the incident.

Officers who responded to the incident recovered two spent 9 mm cartridges from the scene, a firearm, and 13 rounds of ammunition.