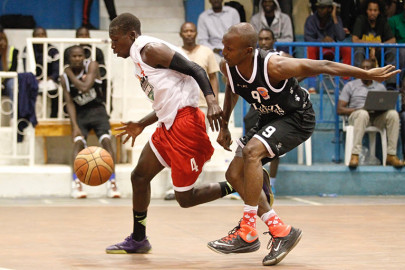 The Manyatta Arab Court-based side is ranked an impressive sixth on the log with 22 points albeit with two games at hand when compared to league leaders Kenya Ports Authority (KPA), and could move above fifth-placed Nairobi City Thunder should results go their way.

Lakeside strengthened their case for a top-three finish after collecting three points from a possible four after narrowly edging Umoja 46-43 on Saturday before losing 71-66 to Strathmore Blades on Sunday at the Nyayo Gymnasium.

Ogembo, who spoke to Citizen Digital on phone expressed delight at their rejuvenation, having endured torrid times early in the season.

“Am happy at what we have achieved so far since we are in the qualifying slots for the postseason. We have managed to give the best teams in the league a run for their money despite the challenges that we experienced at the beginning of the season.”

He made no bones when asked where he expects his side to finish at the end of the season as they have six matches to play before the playoffs kick off in early December.

“Majority of the matches that we have not played will be played at our home court. This gives us home that we can make the most of it and finish even higher on the log.”

Lakeside will seek to extend their impressive form on Saturday when they host Umoja at Manyatta Arab in Kisumu.