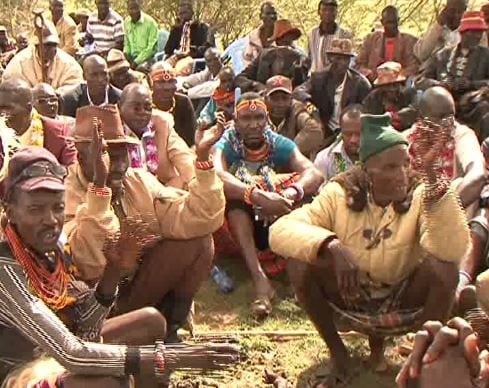 A regional teachers’ union boss and university students have criticized the government for intimidating residents and leaders of Samburu and Laikipia Counties over communal conflicts in some parts of Laikipia County.

This comes after police officers led by their commander stormed in a meeting at Muwarak area in Laikipia North on Sunday and ordered the participants to leave the place immediately.

Police said no meeting would be allowed in the Laikipia North region during the security operation period.

“It is so barbaric when intimidation comes as a result of political issues. The peace meeting was only meant to benefit people living around here,” said Lemein.

“We are not happy with what the government is doing to our people. It is unfortunate that in a democratic country we cannot be given the right to speak, gather and express our opinions,” he lamented.

While speaking in Nakuru on Tuesday, Rift valley Regional Coordinator Musiambo Wanyama said the operation would continue in the region to evict all illegal settlers who have set up in private ranches in Laikipia County.