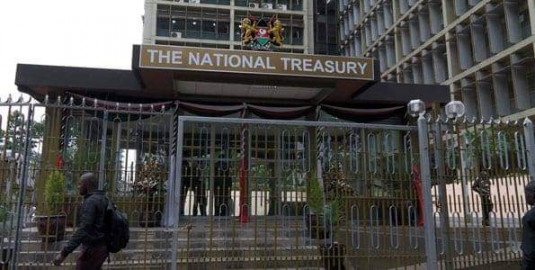 The Parliament Budget Office (PBO), an independent arm within the legislature, has called for the restructuring of domestic debt if Kenya is to shake off an impending debt crisis.

In a report dubbed Budget Options to the 2022/2023 and the medium term, PBO warns the high cost of servicing local debt is reducing resources available for other critical expenditures.

Should the National Treasury adopt the proposal, the intended restructure will see the exchequer hold negotiations with the holders of local debt including banks and pension funds to extend terms on maturing debts/reschedule payments to ease the local debt service burden.

The PBO estimates that over 60 per cent of ordinary revenue goes to debt servicing which is a first charge to the government or a mandatory expense.

Put simply, at least Ksh.60 out of every Ksh.100 mobilized by government as revenue goes to repaying debt where the share of local payments is roughly Ksh.44 for every Ksh.60 spent in debt service.

“This implies that domestic debt restructuring will have a greater impact on alleviating the debt service burden,” the PBO notes.

Debt servicing, a sub-group of the looming public debt crisis in the country, is expected to remain elevated into the medium term.

For instance, PBO expects total debt service to hit Ksh.1.36 trillion by June 2023 rising by 16 per cent from current statistics.

Meanwhile, the stock of public debt is expected to continue swelling pushed in part by sticky fiscal deficits.

Rising debt service costs and critical expenditures such as economic stimuli and election-related spending is set to see Kenya remain on a borrowing spree as revenues remain flat.

To keep borrowing, the PBO reckons the Treasury must seek an expansion of the debt limit which is set to tie the ceiling of Ksh.9 trillion between June next year and June 2023.

Kenya’s debt stock crossed theKsh.8 trillion mark at the end of September bringing the size of debt closer to the limit set in late 2019.

“Given the prevailing debt accumulation and debt service trends, the current debt ceiling cannot hold. Therefore, it may be subject for review in order to accommodate any further borrowing to fund expenditure requirements,” added the PBO.