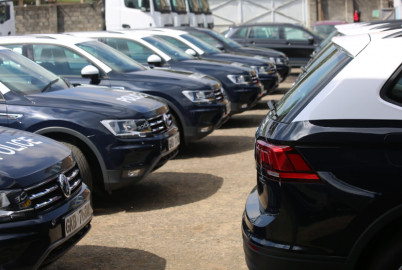 The National Police Service (NPS) on Tuesday received a fleet of 40 new vehicles in a leasing programme to aid in carrying out its duties.

NPS Director for Planning and Logistics, Patrick Ndunda, received the vehicles on behalf of Inspector General of Police Hillary Mutyambai.

“The government of Kenya initiated the motor vehicle leasing programme as part of the security sector reforms aimed at building operational and logistical capacity and capability of the National Police Service to effectively and efficiently deliver on its mandate to the public,” read a statement rom NPS.