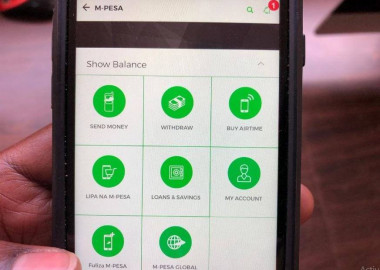 New data from Safaricom shows a combined Ksh.308.9 billion was borrowed from the three platforms in the period with the size of loans growing from Ksh.224.2 billion or Ksh.1.2 billion daily in the same period in 2020.

Fuliza remains the most popular platform with disbursements growing by 62.4 per cent to Ksh.242.6 billion in the period.

Safaricom earned about Ksh.2.8 billion from lending on Fuliza with borrowers repaying an estimated 99 per cent of loans taken or an equivalent Ksh.240.2 billion.

The value of disbursements made on KCB M-Pesa and Mshwari has meanwhile fallen by 15.9 and 8.6 per cent respectively in the period to Ksh.22.9 billion and Ksh.43.4 billion respectively.

M-Shwari has the highest rate of defaults with the repayment to disbursal rate at 63.5 per cent compared to Fuliza’s 99 per cent and KCB M-Pesa’s 98.6 per cent.