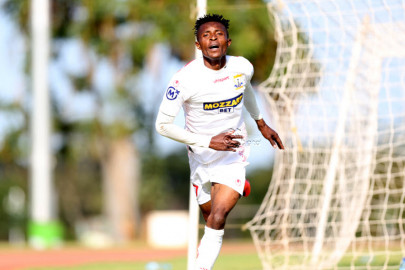 Kakamega Homeboyz have opened a five-point gap at the summit of the FKF Premier League after defeating KCB FC 3-2 in a top-of-the-table clash at the Kasarani Annex.

Homeboyz entered Sunday’s clash with a narrow advantage at the top and ended the day having created some extra breathing room for themselves with victory at KCB.

The visitors trailed just 14 minutes into the clash following Baraka Badi’s penalty but the hosts turned it around to lead 3-1 thanks to a Yema Mwana brace sandwiched between Estone Omengo’s strike.

A late own goal left the tie at 3-2 but KCB were unable to find the equalizer with the result allowing Gor Mahia FC and Nairobi City Stars to leapfrog them and leave them fourth.

At the Bukhungu Stadium in Kakamega, Vihiga Bullets held Bandari FC in a 1-1 draw with both goals coming in a dramatic final quarter hour.

After a drab opening half, Bandari were gifted the opportunity to go ahead in the 75th minute from the penalty spot when Siraj Mohammed was fouled in the box by Mike Isabwa.

But William Wadri slammed his effort into the cross bar and his side fell a goal down five minutes later thanks to a superb Rashid Kyabande volley.

The home celebrations however barely lasted three minutes as Nickson Khalwale turned the ball into his net for an own goal in a disastrous attempt to stop Johana Mwita’s shot.

Bullets coach Juma Abdalla was happy with his team's performance, forcing a draw against an experienced side.

“We played well against a good team, there is a lot of improvement from my boys when you compare with the previous matches,” Abdalla said.

His counterpart Casa Mbungo regretted their missed chances but promised to perform better in their next match against Wazito FC in Mombasa.