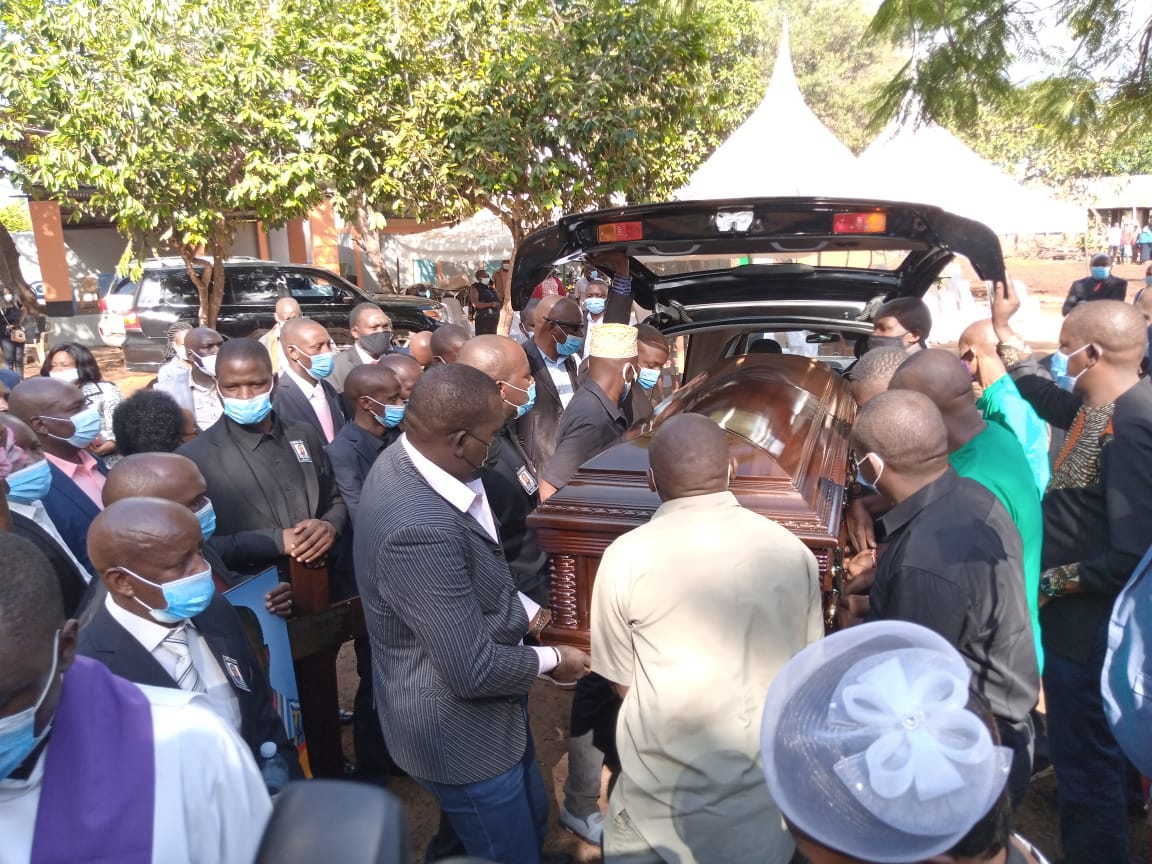 Former Kibwezi Member of Parliament Kalembe Ndile’s family and friends flocked to his rural home on Friday, ahead of his internment.

The cortège departed the Lee Funeral Home early Friday morning, winding its way to Mbui Nzaui in Kibwezi West, where the former legislator will be laid to rest.

According to the family, because of the COVID-19, only a small number of  people -no more than 200- will be permitted at the burial.

President Kenyatta is also set to attend the farewell.

The news of the former MP’s death were confirmed by Antony Kioko- his first-born son who said his father died at around 5.35a.m on Sunday, May 30.

Ndile, who was the director of Tanathi Waterworks, is said to have been battling an undisclosed illness for a long time.

The once vocal politician has been relatively quiet since his failed attempt to win the Mavoko MP seat in 2017.

Away from the cameras, the former lawmaker worked in the construction industry, selling sand and ballast.

In a recent interview, the legislator downplayed claims that his high-octane days in politics were over, stating that he would be on the ballot in 2022.

“If this happens, I’ll run for the Mavoko seat again; the last time I ran with Jubilee, I received 22,000 votes; I’ll run again; if I had the papers, I’d run for Governor because I know I can work harder than most governors.” he stated during an interview with KTN last year.

In June 2019, the friction between Machakos County Governor Alfred Mutua and Ndile took a new twist after the latter recorded a statement with the police over alleged threats on his life.

The ex-politician said he was accosted by unknown individuals in a Machakos County government vehicle who threatened to break his leg if he did not stop antagonising Governor Mutua.

Ndile, who recorded the statement at Parliament Police Station in Nairobi, said he did not take the threats lightly, further accusing Governor Mutua of using county resources to harass him.

“A man in a white pick-up vehicle with county government number plates approached me and told me to move from Mlolongo or else they will break my other leg,” said Ndile, who previously suffered a broken leg in an accident two years ago.

The former legislator, who was flanked by by former Makadara MP Reuben Ndolo and Nairobi businessman Stanley Livondo, called for government protection saying he will not be intimidated.