Kakamega dad blames bhang after son is found inside a well 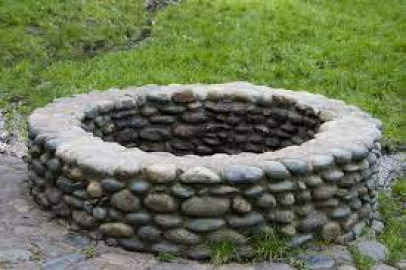 A somber mood has engulfed residents of Khanyanga village in Likuyani constituency of Kakamega county after a body of a man found inside a well.

The man whom police have identified as Walter Tonje, 23, was last seen on Friday around midnight - before his body was discovered on Saturday 23 - morning. The residents mobilized efforts and fished the body from the well using ropes.

The deceased is said to have left his elder brother in the house on the fateful night saying he was going to take a bath as he was feeling a lot of heat in his body - but he would never return to the house - prompting a search.

"I kept hearing him complain about the heat - which is why he said he was going to take a bath at the well," said his brother, adding that he never saw him alive again.

According to his father Bonface Masaka, the deceased was a drug addict who had a penchant for weed - and  may have unknowingly fallen or jumped to his death while under the influence of the drugs.

"He often used substances like bhang which would push him to do abnormal things like waking up in the middle of the night to harvest grass or undertake other strange chores," said Mzee Masaka.

Meanwhile, the police in Kabras have launched investigations to determine the cause of death of a man whose body was found lying inside a chang'aa den.

The body of "Solomon" 45, was found inside a customer area by the owner of the house. His death is suspected to  have been caused by excessive consumption of Chang'aa .

"We left him in the evening drinking chang'aa," said one of his friends.

The residents have accused police officers in the area of failing to stop illegal chang'aa brewing - and demanded that the officers be relocated to other areas.

"They are used to chang'aa brewers in this area from whom they solicit protection fee so they can look the other way," one resident said.

"Youths have lost their lives because of this chang'aa, we want the police officers in this area replaced," added another resident.

The victim's body was removed from the scene by Kabras police officers and taken to Kakamega Referral and Hospital mortuary awaiting autopsy.